Installation of new wall mounted hoval boilers, along with new low loss header
Grundfoss shunt pumps, dhw pumps and vt htg pumps including trend three port and honeywell two port valve’s, pressure vessel and pressurisation unit within existing plantroom, adapted and connected to existing pipework as per schematic drawings.
Within the new system isolation, none return,and stainer valves including pressure gauges, differential pressure switches, dosing pot etc have been installed along with new condense pipework run to drain.
Note this system has gone from a vented down service system to a sealed pressurised system.
Htg system has been power flushed and dosed a cording.

New gas pipework installed to hoval boilers along with relevant gas solenoid including isolation valves as per schematic with purge points tested and certified.

Cwms, existing incoming main which feeds the exciting building has been tapped into to serve hot water cylinder and new pipework installation.
This pipework not only feeds plant room but also feed existing system and new system in building.
Within this system a new water conditioner to prevent lime scale along with a prv, dcv valve and drain off points.
Connections have been made to the pressurisation unit along with a quick fill connection to the htg header.
The new part of system has been chlorinated.
Along with hot water flow and rtn system.

New pressurised hot water system comprising of a megaflow Haidedeatre Sadia cylinder with core unit prv,expansion vessel with prv and emersion heater for back up.
This system has hot water return pipework aided by a grundfoss bronze propelled pump with temperature gauges on hot water flow and rtn.
Adaptions to existing pipework including a new installation to various room through out the building.
Note this system has two parts.
One being all areas which have had new pipework installed to various sinks is pressurised the other which has exciting pipework to sink but now is a pressurised system with parts of the building still being feed on the down service from tank room in loft as well as pressurised.
Note some areas where pipework serves sinks may possible be tank or mains feed this only applies the cold water.

Within in exciting builder a route drawing  provided be consultant’s which runs down corridors in celling void  through part of the building picking up eight sinks areas.
With in this install where possible new isolation valves outside the rooms of which the pipework serves.
Under sink area’s where new pipework had been installed additional isolation valves have been placed along with drv’s fitted to hw rtn these have been wound down to minimal as pre consultants instructions.
Also fitted are TMV’s thermostatic mixings valves set at 42 degrees these also have separate valves built with in the valve its self.
Note these valves have filters within and must be serviced yearly.
Within the rooms all  pipework has been identified and  lagged. 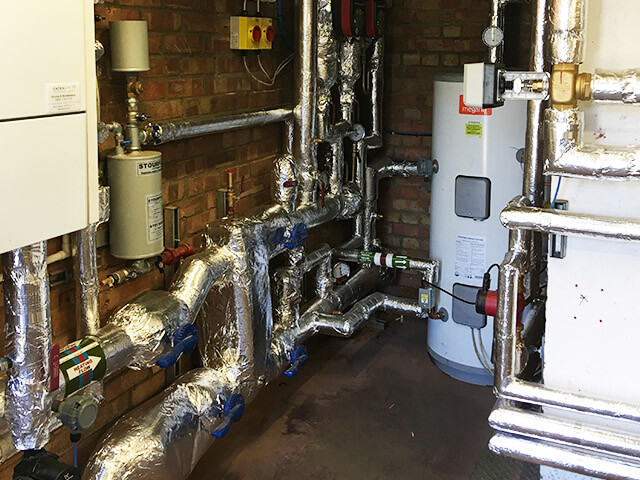 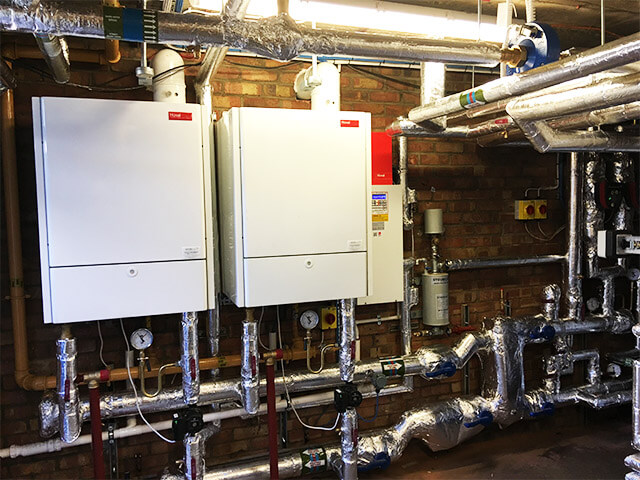 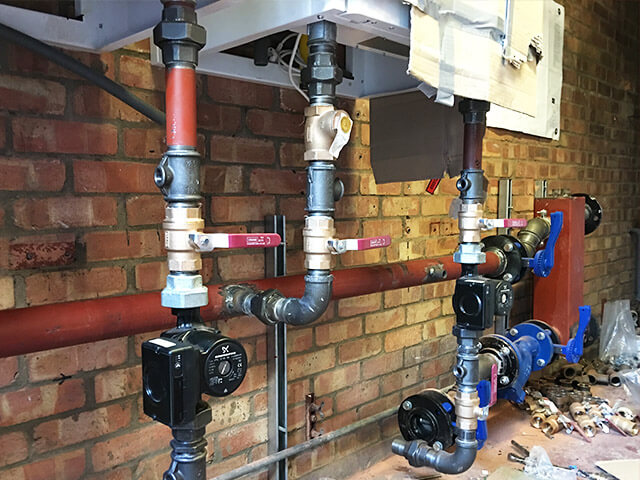 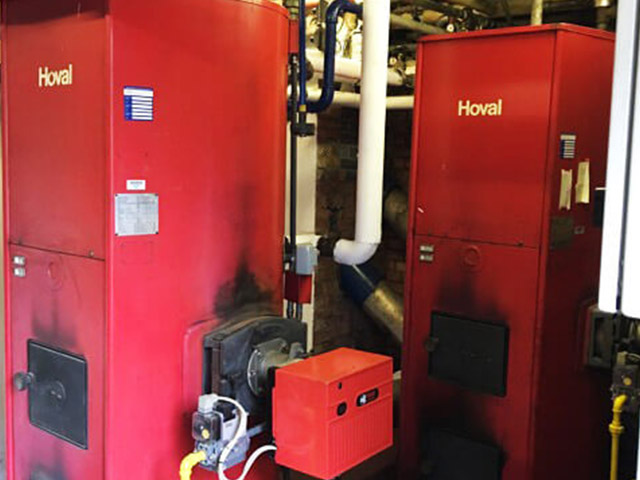 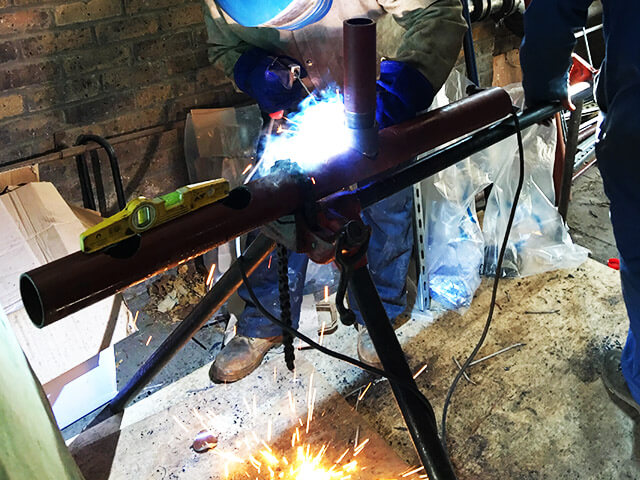 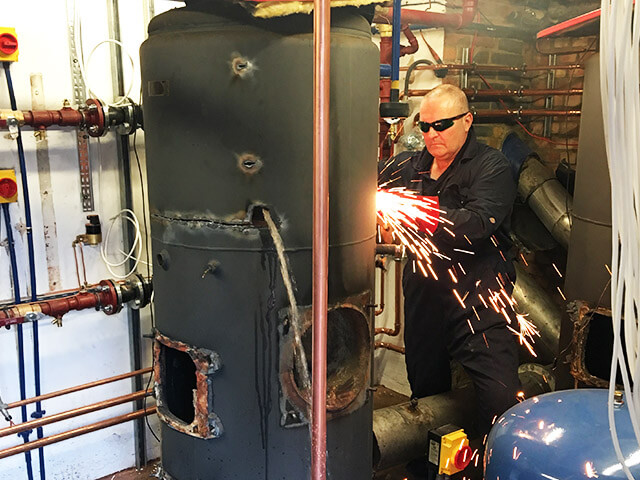 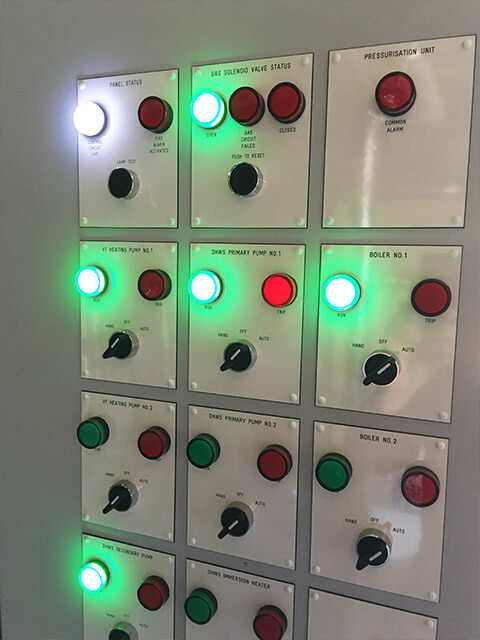